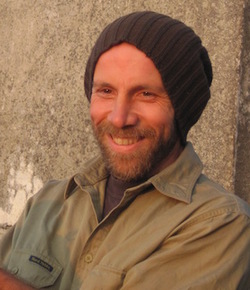 Here you will find peace and quiet. At times there is activity that swirls through here, but most of the time it's just you, your work and nature. Once you have shown yourself to be adequately responsible then you will be assigned a task, offered some guidance and then you work out your own schedule with respects to what hours you wish to work during the day and you are left to work at your own rhythm. So you will have flexibility in terms of how you want to structure your day. The only requirement is that you are required to be diligent and responsible in your own right. Sometimes I may not be able to offer you food so and so you will have to manage your own food requirements. In those cases I just ask for a couple of hours a day. There is a hammock in summer, and resting spots where you can rest, read, do some bird watching, practice yoga, or just hang out with the chickens.

Millo is a friendly and easy going guy who is very well grounded and generally chilled out. Most of the time he has a smile for you. Fran is a very kind, friendly, smiling and happy creature who frolicks most of the day while taking care of her duties in between her moments of frolick. She also runs regular yoga classes and kids summer camps during summer in her yurt. Jobi - Chief lone wolf and sentinel who often guards the outer perimetre of the land. This blue eyed guy used to be the alpha but he had issues with his son and daughter (possibly related to unresolved childhood neglect and abuse) and now doesn't mix with the pack so much any more. He's now on the ascetic route searching for ultimate liberation ... and can't be arsed with anyone really. He only moves when he wants to. He is his own being. Jobi Wan Kenobi. Thai - Jobi's son. Big boy, very cool dog, and a complete knucklehead. Blu - One blue eye and one brown. She's a bit of mum and a bit of dad. One of the sweetest dogs you'll ever meet. Just don't get on her bad side. Willi - He is top dog (even though he doesn't know it and is a complete pussy) with the most privileges. He can come into the house and I let him sleep in the caravan with me, but he has issues with always getting in the way of things. It's just the way of the Willi. Crumble - Wingeing useless cat ... reasonably affectionate however. Chico is our cheeky Portuguese donkey. He doesn't often realise that he's here with a purpose but he likes to just laze around, eat, drink and get high on life. He's very cheeky and often quite rude, especially to Linda, his girlfriend, who's a young sweet French mademoiselle. She know's she's too good for him, but she can't help it. She loves him, even with all his flaws. They are a fine couple and both very sweet, really. Bhagwan and Kessim are our first two Vietnames pot belly pigs. Bhagwan often likes to escape from his confines and go scouring the land for a root or two while he leaves Kessim alone, barefoot and pregnant. She's OK with it, she's learnt that he needs his space. Then I have lots of cheeky chickens, many of which have learnt to escape the chicken fortress and will be scouring the grounds whenever they feel like it along with the two fearless Muscovy ducks that are always out to find ways to satisfy their apetite and a family of pigeons, all living in the chicken fortress and guarded by my savage team of canines. -- You will be treated with friendliness, courtesy and respect. 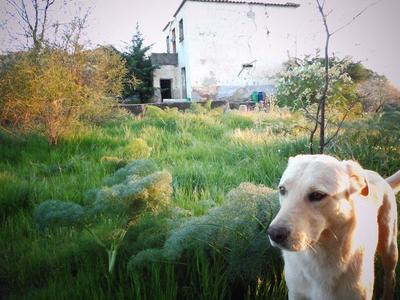 Join us in a Permaculture Regeneration Project at beautiful Serra da Estrela!

It was a beautiful experience at millo's farm. I enjoyed taking care of the animals so much, they are very special and adorable