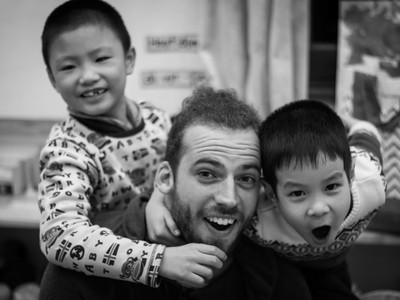 Help us teaching our kids!

i didn't have a good experience in Circle time. it wasn't what i expected at all. the house was very dirty all the time and was the same place to have the kids for the activities . the host( coordinator of the project) is not prepared to organize the classes. despite it, kids were lovely and so smart. i didn't stay the days i was supposed to cus i felt such a bad energy in the place.

We are afraid Kamila was not a good fit at Circletime.

We found her quite a delightful person at first meeting but things quickly deteriorated into a petty nastiness that is not the spirit of what we are trying to do in our workshops. We are not going to list all Kamila infractions and we do not argue that we are perfect but we feel it is important to set the record straight as to this terribly negative review.

There are three things Circletime could not live with.

1. We could not count on Kamila to be clear in her communication. Her arrival and departure dates were changed numerous times (about 6 to 8 times) and resulted in general uncertainty at the studio and directly to the cancellation of a workshop. Kamila shortly before arriving informed us that she was simply going to bring her friend without providing any information about the friend. We were open to having her friend but stated clearly that Kamile must provide a profile or contact information. We are after all teaching children and safety is a priority. Neither of two things happened. We felt bullied because if she didn't come as planned we could not at short notice replace her. This point became even more acute when we found out she had not informed World packers about her friends intended volunteerism. Clearly, Kamila does as she pleases without regards to others. This pattern was repeated multiple times and indicated a lack of integrity and a disrespect for Worldpackers, Circletime and the other volunteers who follow the rules.

2. Kamila was not a problem solver and became angry when things did not go exactly to plan. I found her attitude very self-entitled especially in a developing. nation and completely different from any of our volunteers from South America. Our volunteers are so unselfish and so giving and we feel very grateful for their support. This situation was different.

3. Finally, Kamile did not choose to leave early: she was asked to leave early. The reasons for this have already been stated but, in addition, she did not mix well with the other volunteers and talked almost exclusively to her friend in Portuguese. They were apart and in their own world. She did not interact with the Vietnamese volunteers during the workshop and indeed it did not go well.

When she was informed that we no longer needed her at the studio she became nasty and thus this imbalanced review. For example, we have had more than 650 volunteers from 28 countries and cleanliness has never been an issue for anyone except Kamila. Our housekeepers work very hard.

Simply put the issue is communications and dealing with people in a truthful and straightforward manner. Of course there is always the challenge of culture and language when dealing with volunteers but frankly, in the end, we felt manipulated and fibbed to, by Kamila.

I've stayed at Circletime for a couple of weeks, but after leaving and rambling around Vietnam I decided to come back for an additional month.

Robert is very helpful with every necessity that may arise. His teaching activity is definitely something unusual, not unique but rare and groundbreaking. Staying at Circletime I had the occasion to meet both other delightful foreign volunteers and local vietnamese teachers eager to show me around the city.

The workload is modest but there's room for extra commitment for anyone intrigued in making the children's workshops worthwhile and memorable.

Lorenzo was amazing with the kids. He did experiments for our STEM program and was able to engage the students so well. It was messy but it was so very cool for the kids. He adapted his science studies at university to our STEM program in a way that young children could get excited and feel engaged.

Loreo stayed with us for nearly 2 months extending his stay from 2 weeks. He was not an experienced teacher when he arrived but he is now. He was simply wonderful with all the children. He really connected with the kids.

Lorenzo also went out to football celebrations and coffee shops with the Vietnamese staff and volunteers. This is such a great way to get at the "hidden Hanoi" and to learn about Vietnam, not as a tourist, but in all the authentic ways to experience this wonderful city.

Thank you Lorenzo and thank you for letting me win at chess sometimes. We wish you the very best of luck in your travels.

Circletime is a beautifully innovative learning program. The host (Robert) is a professional in his field and the program focuses on teaching children of all ages English through dialogue and less-conventional methods. Overall our experience was fantastic, should you choose to participate you will be living in a communal environment with the other volunteers sharing space and responsibilities. Could not recommend this more highly.

Antonia was great. She was very enthusiastic and very focused on the children. Even though she has no formal experience as a teacher her contribution to the project was so important. We are not a traditional school and do not need professional teachers. Antonia shared her culture her travels and herself and she was so inspirational to the kids. She talked to the children in English and headed some great and engaging activities. Thank you, Antonia. We are very grateful that you shared our little project in Hanoi.