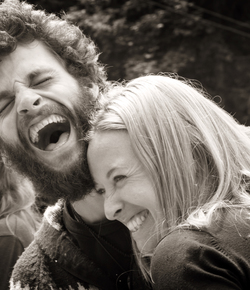 The AlpenRetreat is located on the Fernpass which is a main pass that runs through the Alps. The AlpenRetreat is situated on the “Via Claudia Augusta”, a historic Roman road utilized by countless travelers including Napoleon during his march into Italy. At 1200 meters, this 500 year old former manor house blends seamlessly into a mountain panorama of pine forests, jagged peaks and crystal clear Alpine lakes. During the second world war the AlpenRetreat home helped a group of Jewish people to survive by hiding them in the basement after they fled the Holocaust in Germany. The building on the corner of the road leading to AlpenRetreat was the ammunition depot for much of the military weapons during this war. In the pre-Roman era the Fernpass was used for the amber trade. Along the roads leading to the remote pass, there have been many archaeological finds which prove the importance of the Fernpass as a trade route between Northern Italy, the Baltic sea and even Greece. The Fernpass is the second mountain pass on the Reschenroute. The Romans developed the old Reschenroute in the years 46/47 AD which was up until this time only useable by foot. It was named Via Claudia Augusta after the first man responsible for the construction of the road, Emperor Claudius and remained with this name until the middle ages. Fernpass was later called the upper road, in contrast to the lower road which was named Via Raetia. Felix Faber an experienced traveller who lived towards the end of the 15th Century renamed the pass along with various other passes, in his travelogue he reported that Fernpass was used predominantly for packhorses and wagonloads. The term Fern in German language translates as ‘far’, however the name of the pass has nothing to do with the long distance route, at least not directly, it actually arose from the old medieval name “Mons Fericius” and “Montis Fericii”. Fernpass was an important crossing in this region of the Alps in contrast to the the more dangerous route of Arlberg. This was for a long time the most important connection between Germany and the Italian Alps, because it provided a relatively safe passage during the harsh winters and springtime floods. The pass runs north bound from the remote district of Imst.

Our core group consists of Wolfgang Eisenbeutl from Tirol and his wife Elly Eisenbeutl from England. They are qualified yoga teachers and have years of experience in the areas of yoga and meditation. They have all done many retreats and spent long periods in Asia studying under various masters. Seeking to harmonize their lifestyle, integrate their yogic experience all year round and share this experience with as many people as possible, the AlpenRetreat was born. 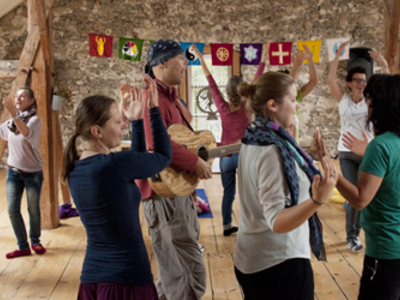 Volunteering in a yoga retreat centre in the Austrian Alps!

I loved the experience, Ely and Wolfgang are great hosts, the job is very easy, the food is wonderful, the place is incredible, many nice trails and nearby to do, exchanging with the other volunteers is very nice, giving practice in English, in addition to being a very conducive place for your self-knowledge, for me the experience of this volunteer was very enriching personally, besides the place is very welcoming, I hope to return one day! I miss you already 💖

Amazing location with so many really cool hikes around. The amount of work is really reasonable once you get settled in and everyone in the house is super supportive and friendly - I found the experience really rewarding. Thanks so much Elly for having me :)

We loved having you as part of the team, thank you for your super uplifting nature and all your help, all the best to you Siena.

It was my first experience as a volunteer and it was horrible, the tasks were heavy and I had no time to rest, I was treated like an employee. The coworkers were very nice but they told us that the tasks were heavy and that we could not take yoga or ski classes as they say. I do not recommend it. I left the next day I arrived because working more than 6 hours in a row without a break was not the right thing to do.

Lousy experience. We could not stay more than one day because it was very disappointing. The tasks were very heavy and the work was more than 6 hours, the shift was only two people for more than 16 guests but my girlfriend had to do it practically alone because she had to work with another volunteer who is a friend of the owners and she did nothing. We talked to the other volunteers who were there and they confirmed that they were very heavy tasks and that the yoga and ski classes were a lie and they don't let you take them. I do not recommend the place.

Thank you for sharing your experience with us. It would have been nice if you had shared this with us personally before leaving. Best wishes for you and your girlfriend.

Our experience was amazing! Working hours were respected, work itself was easy, and we could have our days off together.
The volunteers who were there were amazing. And the place itself is beautiful. People who love nature will love the landscape, the trails, lakes, and mountains.
We didn't have to much opportunity to spend time with the hosts, but they were nice people.
We totally recommend Alpenretreat and we would love to go back one day.