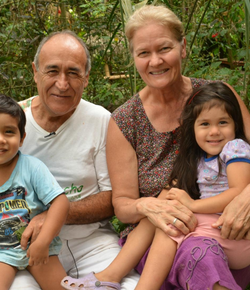 Volunteering at Río Muchacho is a great experience for everyone involved. Not only is it a valuable learning experience for the volunteers themselves and a way to meet lots of interesting, fun and like-minded people, but it is always good for us at the farm to meet and get to know new people with new ideas for what we can do with the projects. Volunteers have had an important role in much of our work, especially the community development efforts, with the Environmental School, and final year school permaculture projects being just a few of the many initiatives which have been influenced and supported by volunteers. The farm recommends a four-week length of stay so that you get better knowledge for the workings of the farm and get the most out your experience. Some volunteers stay for 2-12 months and acquire in depth knowledge of sustainable agriculture. However, in order to provide the best meals and accomodations, there is a volunteer fees and you will be able to know everything about it here : http://www.riomuchacho.com/prices/

Río Muchacho is run by a very lovely couple, Darío and Nicola, who also have twins. Darío is of Catalan/French/Ecuadorian descent. He spent the first 18 years of his life living in the Andes, where he was a passionate mountaineer. Eventually he made his way to Bahía where he was involved in both local and provincial tourism projects. For many years he was the Director of Tourism for Manabí, and later he was the Director of the Coastal Resource Management Program where he played a key role in defending the mangrove forest through the creation of protection agreements recognising the cultural and environmental heritage of local communities. Nicola is a New Zealander who arrived in Ecuador in 1989. She studied horticulture, management of protected areas and non-polluting agriculture. Before coming to Ecuador she taught non-polluting agriculture at Christchurch Polytechnic. She originally travelled to South America to attend the first Latin American conference in organic farming, which was held in Cochabamba, Bolivia. Her first two years in Ecuador were spent developing Alandaluz, an ecological hotel in the southern reaches of Manabí, and working for different foundations teaching organic agriculture. Nicola is an inspector of organic farms and has trained leaders in community based verification schemes. Regarding the staff, it obviously depends on how many volunteers are working at the farm at the moment. The owners are really open-minded people and you will learn a lot from them, but also from the other volunteers ! 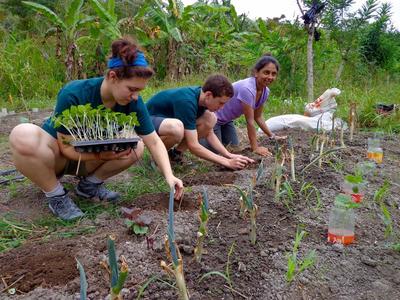 Discover Ecuador, improve your spanish and help us with communication 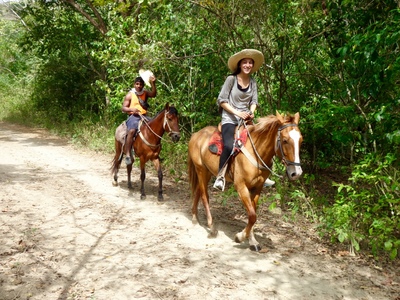 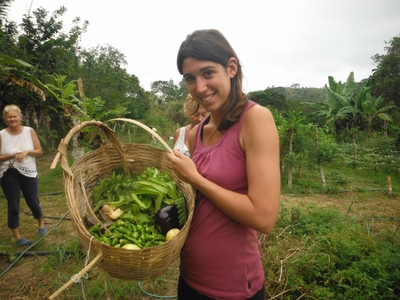 Discover Ecuador, Improve ur Spanish and take care of our special guests. 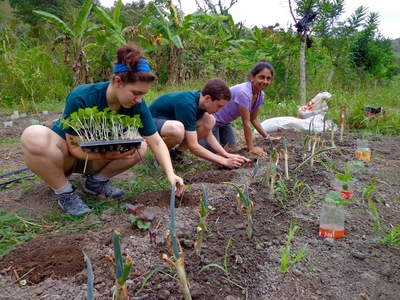 Discover Ecuador, Improve ur Spanish and help us with Graphic Designers

Nicest place to be with nature, meet amazing people, and learn a lot about permaculture and eco-friendly sustainability. My time there was unforgettable, a very precious gift.

I think this place doesnt follow the main idea of this webpage because I had to work 6:30-4pm and I still had to pay!!!! a really bad surprise (the person who I chatted never told me) but if that's your idea is pay, work, be disconnected from everything and be surrounded by nature that's your place

Perfect for you if you're looking for